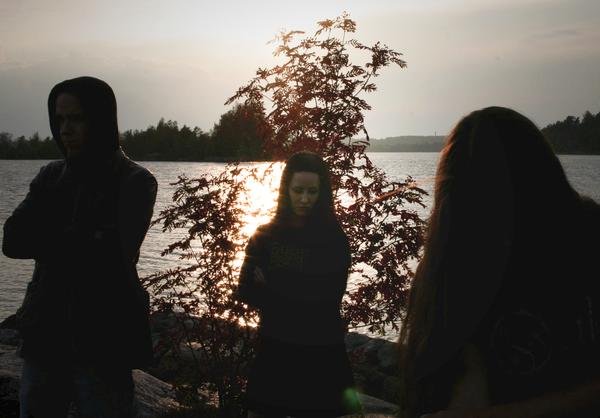 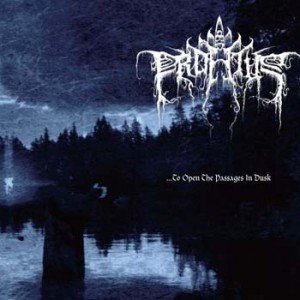 Finland has always been a dab hand at despondency. Funeral doom’s founding fathers – Thergothon and Skepticism – hail from these frozen shores and many countrymen have followed in their wake, producing class acts like Stabat Mater and Wormphlegm to further define the venerable genre. Now, out of the mist-shrouded lakes of Tampere emerges Profetus, who, while adhering to the established blueprint, manage to honour their nation’s heritage by once again bringing something fresh to the table.

…to Open the Passages in Dusk is the quartet’s second album, and with it they have achieved some of the greatness hinted at on their 2009 debut, Coronation of the Black Sun. The band has flourished exponentially since then, mostly due to the increased emphasis on sombre, droning synthesisers. Although present on the first record, here the keyboards have been dragged forward to fill the void with an austere organ-like sound, giving the album all the haunting presence of a cathedral in ruin.

This bleakness manifests itself from the opening moments of the first track, ‘When Autumn Cries a Fiery Canticle’. Strangely enough, the most glaring reference point would be Asva playing death metal. The guitars, emaciated and rasping, throw themselves upon enormous, throbbing chords to die off in a blaze of feedback. What captivates about Profetus’s approach in these drone passages is how the unfettered howling always seems to harmonize with whatever root note the organ is pumping out. It ties the music together in a depressive soup that seeps out of the speakers to fill every corner of your lair.

But …to Open the Passages in Dusk is not bogged down by minimalism – the guitars ride the crest of these resonating hums for the majority of the album, slowly picking out fragile melodies brimming with sorrow worthy of elegies for the greatest heroes. Marking a departure from the muscular production of most modern funeral doom, Profetus instead opt for a weakened, bass-starved tone. It befits the hopelessness lurking in every second of the record perfectly and threatens to crumble into dust at the slightest disturbance.

The repetitious dirges reach their most moving when, after minutes of resigned riffing and spoken-word despair, the band converges on one crushing note and the monstrous growls of vocalist/guitarist A. Mäkinen take hold to steer the songs into oblivion. However, the first half of the record seems to ease the listener in, with the grander territory occupying the winding melodies and cathartic singing of the final two tracks, ‘The Shoreless’ and ‘Burn, Laterns of Eve’. Initially, there doesn’t appear to be much movement or variation between each song, but the album’s gloomy charm reveals itself more with prolonged exposure, and it’s been a pleasure to come back to. Funeral doom fanatics will adore this.

…to Open the Passages in Dusk is coming soon on DLP through Rusty Crowbar (Finland) and Contagion (USA), or on CD through Weird Truth (Japan).