“If I was to spend two years on the 16 paintings for Masquerade I wanted them to mean something. I recalled how, as a child, I had come across ‘treasure hunts’ in which the puzzles were not exciting nor the treasure worth finding. So I decided to make a real treasure, of gold, bury it in the ground and paint real puzzles to lead people to it.” 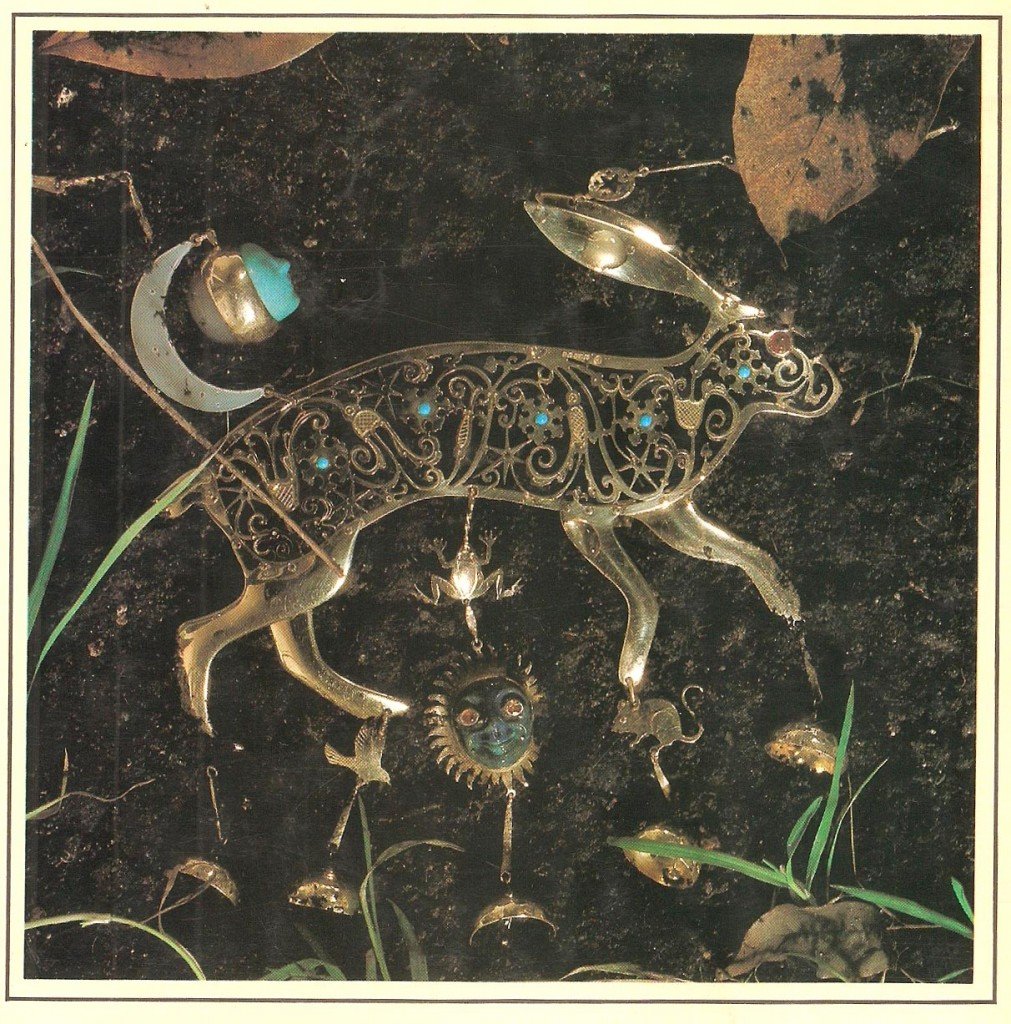 As a child, everything is wondrous and terrifying. It’s the only time in our lives when the unreal is real, when the veil between worlds simply doesn’t exist. Growing older, our knowledge builds and we start to explain away the bizarre phenomena that people have reported for thousands of years without ever confronting it directly. I suspect many have a place in their past where they experienced the “other” on more than one occasion. For me, that was my grandparents’ home, a Tudor cottage nestled among the emerald fields and meadows of rural Herefordshire in the hamlet of Stretton Grandison. The area is steeped in history; the settlement itself built on a Roman road with a church dating back to the 13th century.

Suffice to say, between the ages of four and ten, the place scared the shit out of me. At night the cottage creaked and moved inexplicably, while all around hung a deathly, unnerving silence, broken only by the eerie whoosh of a late driver passing through on the way to civillisation and the clunking of the ancient clock at the foot of the stairs. By day, the tales of my elders did little to ease my wide-eyed fear. Demon hounds were known to stalk the footpaths hunting for lost and weary travellers, and I recall my grandma mentioning that the church across the way was haunted by the spirit of a nurse missionary who tended to plague victims there. The house itself was called “Nurse’s Cottage”. Yeah, while I love my grandparents to bits, I also partially blame them for my rather skewed grasp on reality. 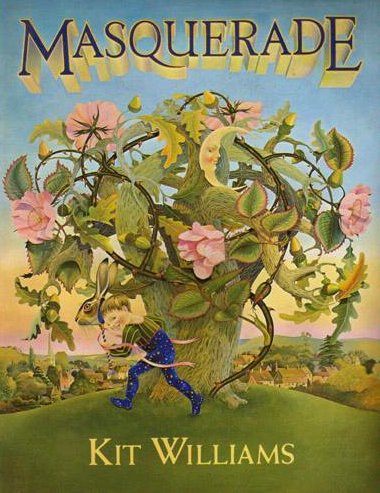 A thoroughly learned couple, my grandfather a mathematician and my grandmother a midwife and counsellor, their bookcases were packed with strange, weighty tomes. Among them I first came across The Hobbit and Lord of the Rings, the same moth-bitten copies my dad had read in his youth, but being a youngster myself another caught my eye and pulled me deeper under the mysterious spell of the cottage – a creepy children’s picture book, which about thirty years ago sparked the most frantic treasure hunt the country had ever seen.

Masquerade, by the renowned Kentish painter and illustrator Kit Williams, enthralled the nation during the early 1980s. It was designed to be more than flicked through then cast aside; the beholder was invited to study each painting and riddle intently over time. The reward? The location of a buried bejeweled hare worth thousands of pounds, which would reveal itself to a discerning reader through a series pictorial and literal references. But to a kid it was simply an enchanting fable about the Moon falling in love with the Sun, Jack the Hare charged with running sweet nothings between them. At the time I was oblivious to solution, and the treasure had long been unearthed amid hoax and scandal before I found the book sandwiched between dense works of academia.

What fascinated me was Williams’ style: hyper-realistic on one hand, totally surreal on the other. The landscapes, characters and their detailed expressions etched themselves into my memory, along with the unique folkloric flavour that ran thick throughout the story. I would spend hours reading the book over and over in that rickety, haunted cottage, hoping in vain that something would click and I could boast to my family that I knew where the invaluable treasure had been hidden. But it never happened. Unsurprisingly, perhaps, because the keys to deciphering the puzzle were a series of magick squares, colour codes and the direction in which certain characters were looking. A bit much for a ten-year-old, but a gorgeous work of art and literature all the same. I have included each page below for your viewing pleasure. If lurkers have any personal memories of the book, please share them. 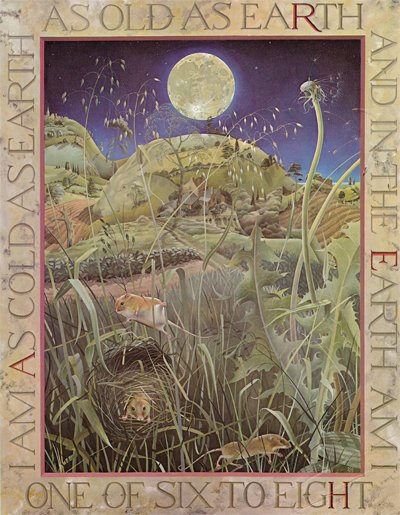 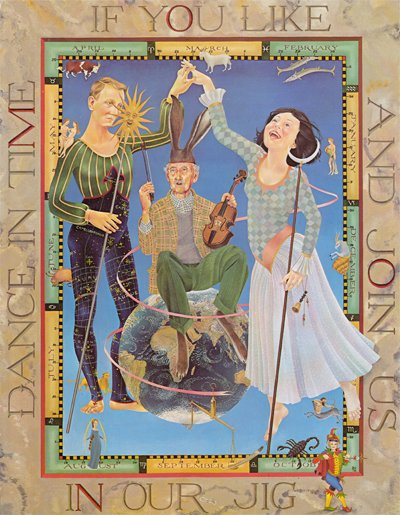 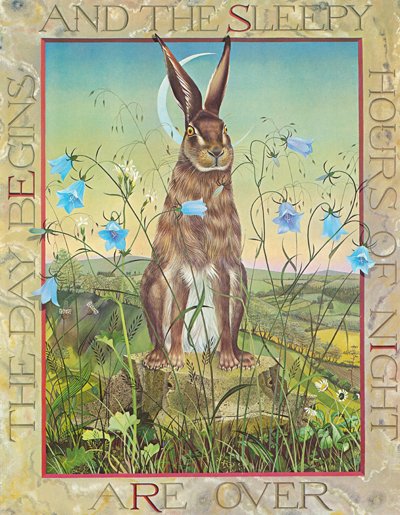 The Day Begins: “The day begins, and the sleepy hours of night are over.” 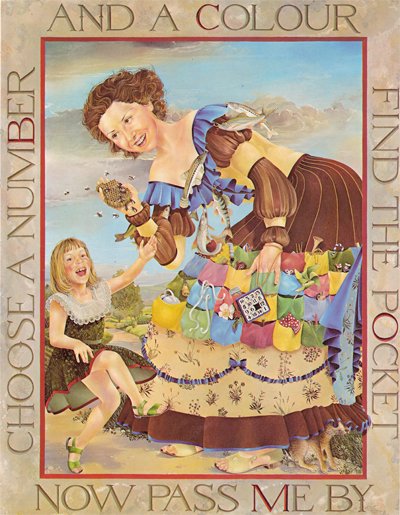 The Penny-Pockets Lady: “Choose a number and a colour; find the pocket, now pass me by.” 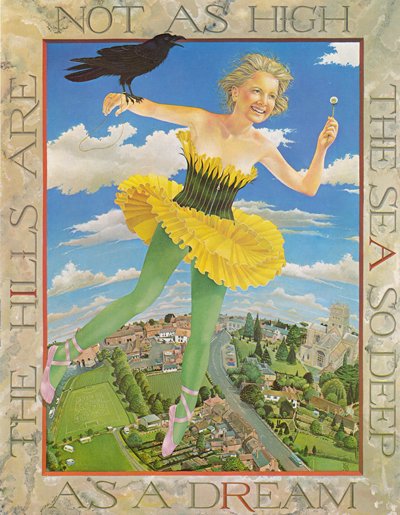 Tara Tree-tops: “The hills are not as high, the sea so deep, as a dream.” 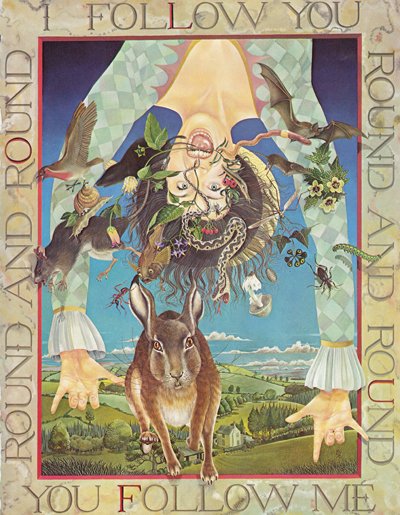 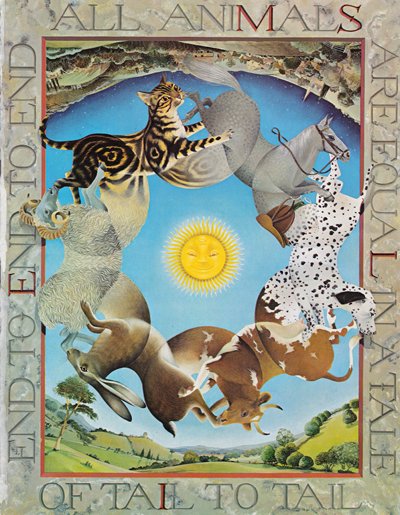 All Animals Are Equal: “End to end to end all animals are equal in a tale of tail to tail.” 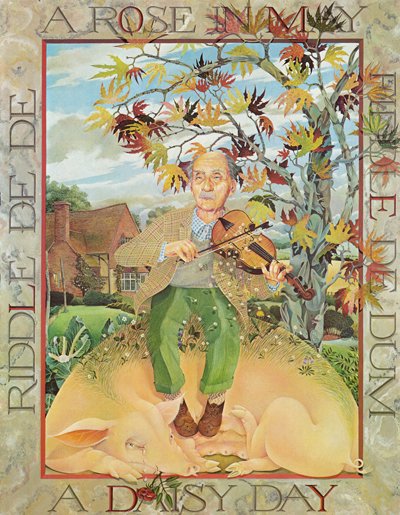 The Man With The Violin: “Riddle de dee, a rose in May. Fiddle de dum, a daisy day.” 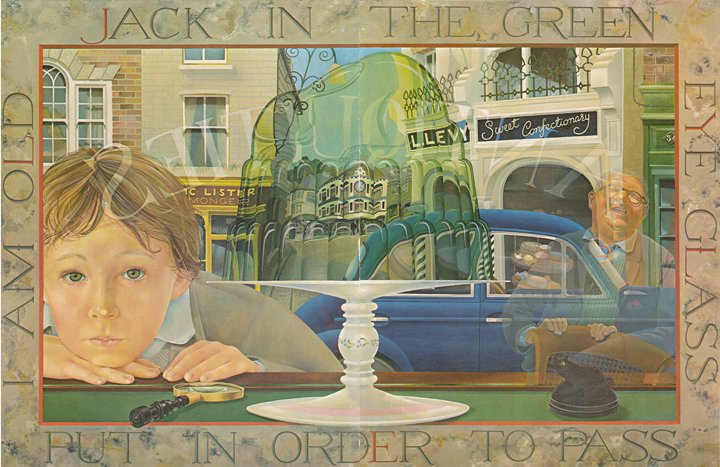 Jack In The Green: “I am old, Jack in the Green, eye glass put in order to pass.” 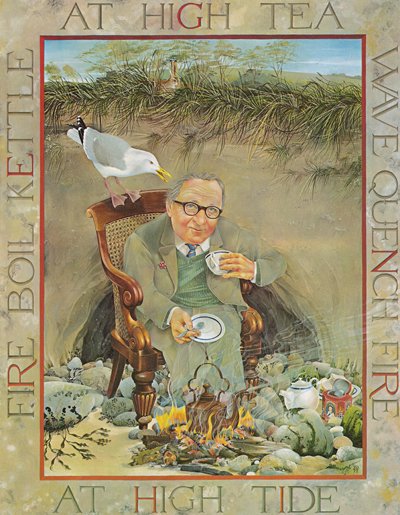 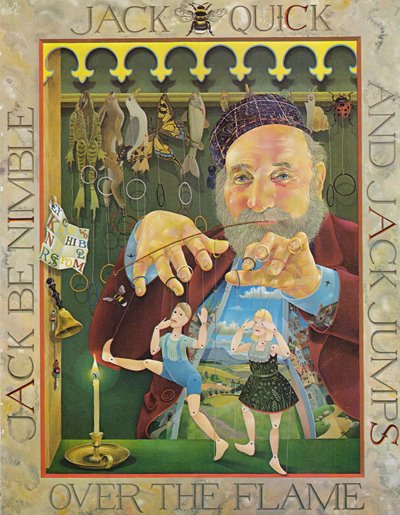 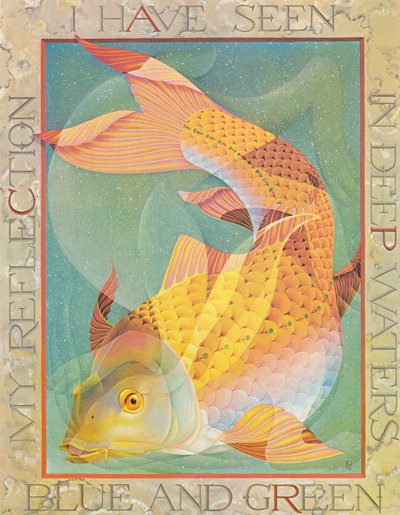 Jack Meets The Fish: “My reflection I have seen in deep waters blue and green.” 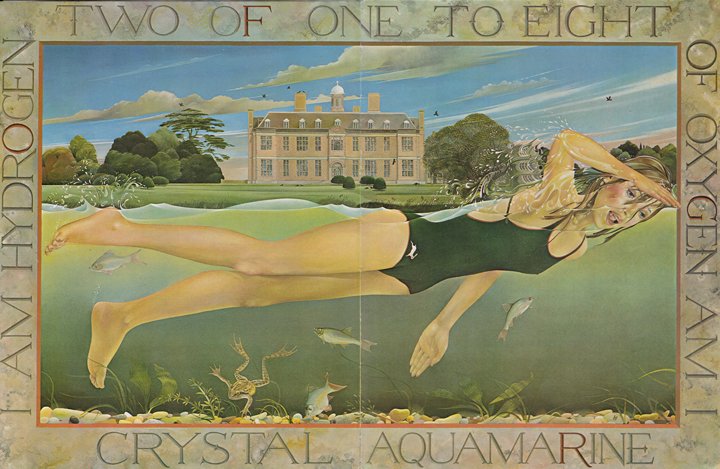 Crystal Aquamarine: “I am hydrogen, two of one to eight, of oxygen am I, crystal aquamarine.” 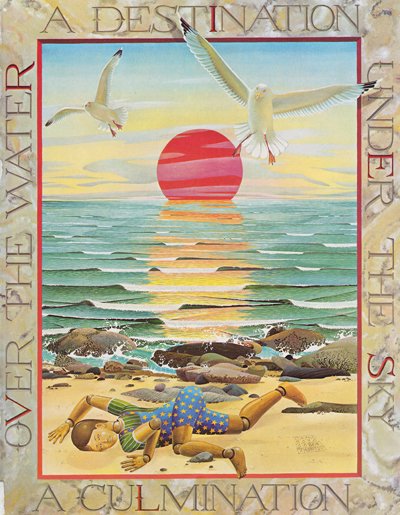 A Culmination: “Over the water, a destination; under the sky, a culmination.”

More resources on this mindfuck for young and old here. The hare trinket also went on display at the Victoria & Albert Museum in London this summer. This Daily Mail article (sorry) on the event also includes some interesting details about Masquerade‘s legacy and the hysteria that followed its publishing.