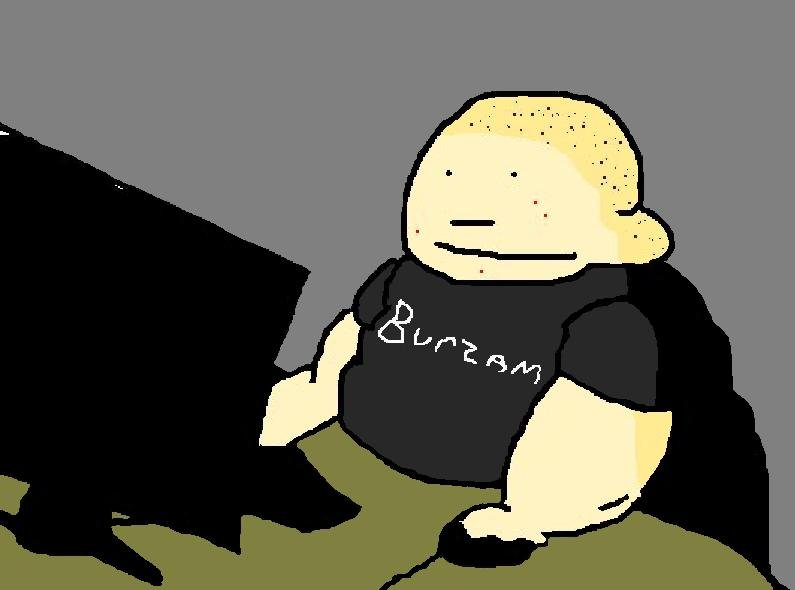 Accessibility of material has made metal “journalists” lazy. As if the process hadn’t already been simplified enough for these basement-dwelling, beard-stroking level 60 wizards of the keyboard, with albums available at the click of a mouse, metal discussion is deteriorating into a flavour-of-the-week groupthink session. I wonder when the neckbeards of metal journalism (accurate representation above) last ventured beyond their inbox or their friend’s blog to explore new music.

Not that monopolisation is the only problem LURKER has with modern metal.  We have best-of-year lists, too. Year-end lists are self-indulgent, lazy and insanely boring things. Everything will have already been dubbed “album of the year” by someone. Nothing is true, everything is permitted. Even more embarrassing is the fact that 80% of lists are exact lookalikes varying only by a few ranking issues.

Yes, we get it. Your website would like the traffic. You need those new posts to bring people back. Eager to write about that new album by *insert doom band name* from *insert widely appreciated label name*. Maybe your opinion varies by a few shades of grey from the guy two domains over who spells cult with a v instead of a u. It’s OK, go ahead, justify your existence. Pretend people care about what album came 7th, 8th and 9th respectively for you this year.

The truth is 2012 was a disappointing year for metal. Metal journalists shoveled more mediocrity down our throats on a weekly, subscription-based schedule and PR companies fed the flame with their monochromatic promotion methods. Nothing interesting happened. Everyone fed off each other’s mediocrity. You can count the memorable releases (the kind that you’ll still be playing in ten years’ time) on one hand.

The elephant in the room, doom metal, continues to gain weight and contribute nothing. Bets are now off for the doom bubble bursting in 2012. We’ll have to hedge our bets for 2013. Southern Lord are still running the whole hardcore/black metal/death metal crossover thing so far into the ground that nobody is even bothering to look for them anymore. Everyone playing sludge last year finally graduated to appreciate Cvlt Nation’s idea of good extreme metal. Lunar Aurora called it quits. Deathspell Omega received an unusually large amount of criticism for their botched bundle of an EP, Drought. Pitchfork carried on existing. Nobody stopped masturbating to thoughts of Profound Lore’s discography (ourselves included). USBM fell further into the rungs of mediocrity and insincerity, hoping that names like Bastard Sapling might save them. And everybody dug deep into their archives for something from yesteryear.

There is no saving grace. No light at the end of the tunnel. There are a few that have earned a position in my permanent music collection, though. Burzum went through a much-needed metamorphosis. Taake raised the bar for everyone. Dephosphorous’s monument to cosmic insignificance is still towering over all of us. Mgła and a host of bands on Daemon Worship Productions proved there are still such things as renegades in orthodox black metal. Blut Aus Nord released Cosmosophy and completed the 777 trilogy.

There are a few releases that slipped under everybody’s radar, too. Ones that are just as good as the majority of fodder on year-end lists and perhaps a little more interesting for their relative obscurity. Find a little time and dig deeper into the metal underground. It’s a vast place full of unearthed riches, labels and bands. Put that RSS reader away for fuck’s sake. 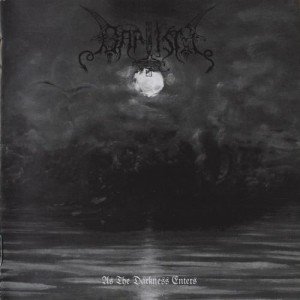 Baptism released As the Darkness Enters last month. Excellent songwriting, the promise of some melodic, riff-propelled orthodox black metal and a few interesting forays into the occult rock synth sound and ballad-like chorus arrangements are what sticks. Ofermod also returned with Thaumiel, proving once again that black metal doesn’t need to “experiment” or “crossover” to remain relevant.

Elysian Blaze, too, unleashed an album five years in the making. At two hours in length, Blood Geometry is all about the atmosphere. More pianos and synth ensure atmosphere is at the forefront of the experience this time around. More guts and melody paint a fuller canvas of feeling than before too. Those lows are unbearable thanks to the occasional release. 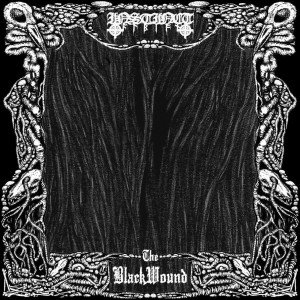 One of the more interesting releases of the year came out of our glorious motherland, England. Instinct’s The Black Wound has left all LURKERs speechless for a number of months now. Words evade the depressive, terrorising sadism of this release. The Black Wound is an intensely layered hour-long rendition that I hesitate to label as DSBM but crushes souls nonetheless.

Blood Red Fog returned with their first full-length since 2005’s self-titled debut. Harvest is the same buzzing, arpeggio-driven black metal that the band have mastered over the last decade. Expect intricate, entangled melodies and ardent leads, eternally recurring cymbal splashes and an agonized, descent-into-madness kind of vocal performance. The clear vocals are a nice touch too. 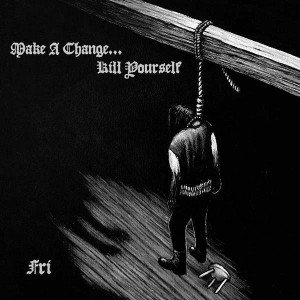 Perhaps one of the only worthwhile DSBM acts, Make a Change… Kill Yourself, unleashed their third album, Fri, in the second week of December. Still stacking repetition, a trademark guitar sound and classically influenced sense of melody to recordings, MACKY’s music really does stand the test of time. Fanboy giggles aside, long after everyone stopped being able to take DSBM seriously, thanks to an influx of teenage angst and lonely metal voyeurism, MACKY are no less dangerous or relevant.

2012 also saw Ynleborgaz release a new album under the Angantyr moniker.  Forvist, released mid November, is epic, raw, melodic and utterly engaging. The lyrics continue the story that began with Haevn: Arngrim, a Scandinavian warrior, is out for revenge against the Christian aggressors that murdered his family. There is none more black metal than this. Also, as far as melodic and earth-inspired black metal goes, Wolfhetan’s new album, Was der Tag Nicht Ahnt, is worth your time. The debut album was one of the first things we reviewed when we opened the site and still has to be one of the most under-appreciated releases of the last decade. 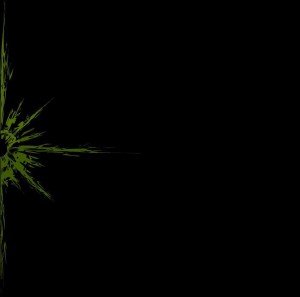 Technically not a 2012 endeavor but gone unnoticed all the same is Iteration from Vacantfield. If, like me, you’re bitterer every year that Snorre W. Ruch doesn’t announce a new Thorns album, then this might tide you over. It’s that same jarring riff technique with a hefty amount of Ved Buens Ende and Virus thrown in. Sprinkle some late 90s Norway atmosphere in and you have yourself a winning formula.

Two record labels that have yet to receive their dues are I, Voidhanger from Italy and Daemon Worship Productions from Russia. The latter have nary a mediocre release to their name and are continuing to pump out high quality, low filler black metal (check out the soon to be released Arfsynd). Italian masters of the avant-garde I, Voidhanger have championed ‘weirdo’ metal with releases by Aus Der Transzendenz, Saint Maria and Tempestuous Fall in 2012. 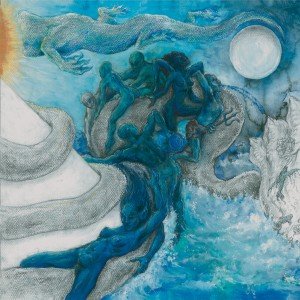 The Quest for the Vajra of Shadows by Rahu follows up from a duet of excellent demos inspired by night sky constellations. Their distinctive off-kilter black metal, ululating rhythms (unsurprising considering the shared heritage with Circle of Ouroborus) and cryptic, supernal lyrics all coalesce into one of the more imaginative full-length releases of the year.

LURKER did manage to find a few diamonds in the rough, though. Godstopper pulled through on their debut, What Matters, creating a refreshingly new kind of sound tip-toeing precariously between doom and noise rock. The Great Old Ones summoned Al Azif from pitch-black abyss. “Post-rock”-influenced black metal done right. LURKER is proud to have them as headliners at our first show. Greed & Rapacity went from slightly gifted Sacramentary Abolishment clone to indescribable force of devout funereal triumph with Loki Bound, a 30-minute EP of immense promise. I pray for a full-length in 2013.