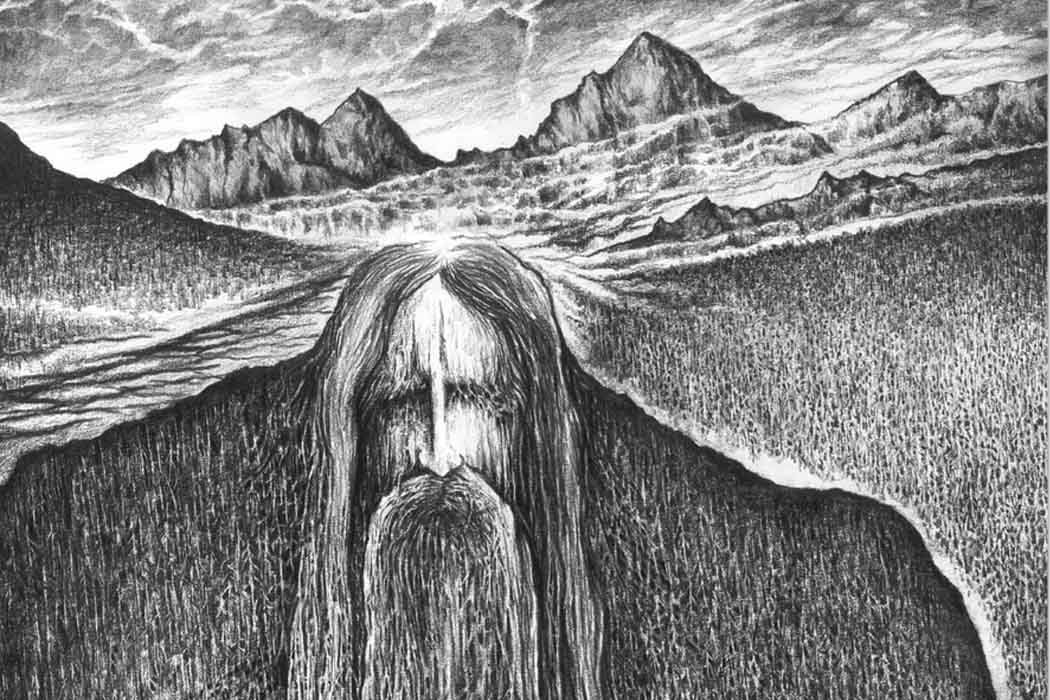 Credit to the lost souls at Osmose Productions for the most inspired pairing on a split in an age; a grim grasping from beyond the grave by two fabled underground black metal acts – Ildjarn and Hate Forest. No, the tracks presented on the aptly titled Those Once Mighty Fallen are not “new” new, but until October last year they had remained unsullied by the metal-devouring public, left to choke on the dust of these both long-defunct outfits.  And it’s a wonder why. These particular works rank as the pinnacle of each bands’ output.

Ildjarn’s half, as with most of his released music, was reportedly recorded circa 1994 and has thus retained the absolute beating heart of what it is to play Norwegian black metal while his contemporaries continue to revel in the movement’s rock-star mummery. It’s bare-bones stuff – perfectly preserved, minimal and timeless – and yet suddenly these six disparate pieces begin to rise far above his better-known material. When listening to the split alongside Forest Poetry or the self-titled album, it doesn’t seem such a leap to suggest that the songs have A) been mercilessly remixed and mastered or, perhaps controversially, B) that they were recorded in an entirely different method and maybe not even that long ago. 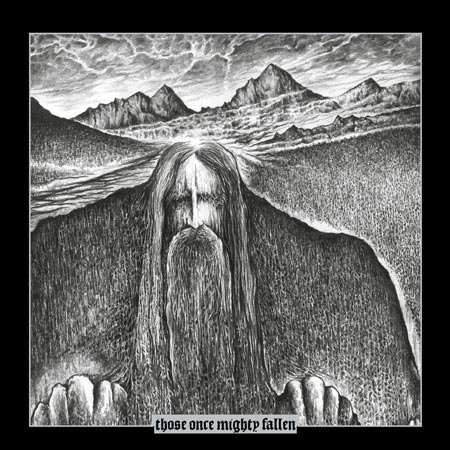 Regardless, Ildjarn has never sounded so vital. Opener ‘Forest Crypt’ creeps forth with an eerie synthesised organ that wouldn’t be out of place on his gentler ambient adventures with Nidhogg. But the hush is soon smashed to pieces by a rasping groan and a pervasive winding riff, thoroughly bruised by trademark punk-as-fuck drumming. ‘Ashes of Stars’ kicks off with a crunchy bass squall that falls away to arpeggios subtly breaking free of binary battery. It’s Ildjarn, lurkers, but not as we knew it.  The following tracks, notably ‘Birds of Misty Dusk’ and ‘Mountains Covered With Snow Forever’, celebrate the less-is-more approach in black metal and it’s clear how influential the project continues to be, particularly with bands like Clandestine Blaze, the mastermind of which released several latter-day Ildjarn EPs through Northern Heritage. A welcome revisiting of ecofascist misanthropy!

However, as great as it is to traipse Ildjarn’s murky vaults, Hate Forest are undeniably the main event. Of course, this is the Ukrainian band that forsook what many interpreted as a message of far-right heathenism to essentially be reborn in the form of Drudkh, which enjoys an unsurprisingly greater following given their increased folk-metal leanings and the calibre of albums like Blood In Our Wells. But in recent years – and as lamented in previous articles – Roman Saenko’s clan have strayed, releasing tepid records that attempt to “recapture the spirit of the old days” and one abortive collaboration with Neige of Alcest in Old Silver Key. So to hear more Hate Forest imbued with such ferocity at their height in 2000 can only be described as a treat.

Despite their impressive record of smash-hit singles (the völkisch blast of ‘Forest of Nevres’ and the delightfully Drudkh-baiting ‘To Those Who Came Before Us’ off Scythia come to mind), Hate Forest offer up some of their finest moments, contributing the bulk of the split’s 52 minutes through five tracks. ‘Cimmerian Shadows’ complements Ildjarn’s synth introduction with a haunting dark-ambient instrumental worthy of a race of ancients who dwelt in perpetual darkness on the mist-shrouded coast of the Sea of Azov. Then ‘Howl of Hyperborean Winters’ lives up to its name as the utterly majestic refrain puts Hate Forest’s many flaccid (and mostly British) imitators to shame. But ‘Sigil of the Gateway’ and ‘Crowned With Crescent Horns’ show a side to the band heretofore unexplored, both ringing with open-string discord as Saenko and Thurios tear at their guitars with experimental abandon. Closing this pagan feast is ‘Abyss Wanderer’, which chimes with delicate beauty before the synth loop is subsumed by the band’s characteristic roar and twisted into another shape altogether – again another hint of the airy atmospherics that the musicians would later gravitate towards.

Those Once Mighty Fallen is a triumph and the first record in a while to actually demand and hold the attention of a notorious metal snob. The split’s concept is also nicely tied up with its excellent artwork. Look at that thing. An Odin cognate bears the weight of the world – mountains, sky, ocean – on his shoulders, which merge with the blackest thickets, forests and swamps. It’s enough to make one wonder what other treasures have been kept hidden by stalwart bands over the past 20 years or so – and why?