Ululating, reverberating invokations from beyond the veil. Like your very own hallucinations deep into the astral realm. Journeying through the noumenal and piecing together the final elements of an ancient, forgotten knowledge. I bring you two self-released demos from Finnish Rahu, who write driving, lo-fi, melodious Black Metal that is a pleasure to listen to. The Vedic astrology and Hindu mythology influence fits surprisingly well, a welcome change from the vapid satanic wankery of today’s scene. Musically, the demos follow the same suit, obombrating melodies all over the show. Ride Of The Black Seeds sees an advancement in production technique, but if you’re listeneing to Black Metal for the production values and not the ideas then I don’t want you on my blog. Both demos are fucking killer. The lyrics as cryptic as the imagery is mystic, I have high hopes they put their talented ideas to a full length. HERE, enjoy some mysticism in the form of word and sound, and then transcend.

Two, one
Four, seven
Forever and ever
Times of the leper

Two, one
Four, seven
Forever and ever
And then… Never! 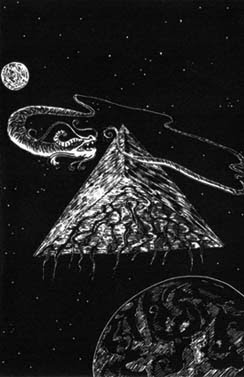 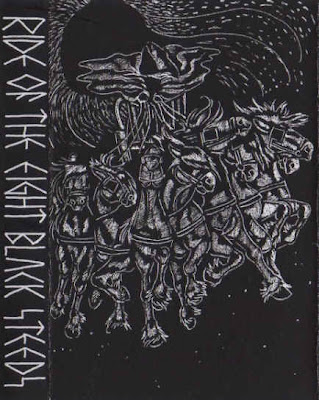