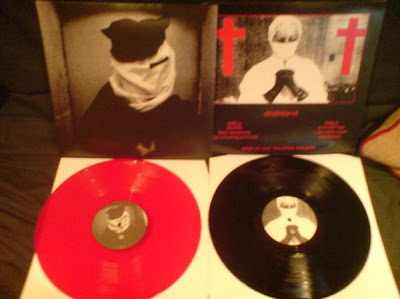 Hailing from the murky depths of the Emerald Isle, Drainland are living proof that the underground sludge scene is still alive and kicking.  Although my instincts to label them as such are slightly ill-founded, being the voracious heavy metal fan that I am.  In reality, to pigeonhole Drainland is to do them a grave disservice.  The vinyl-only And So Our Troubles Began rockets the listener through a multitude of musical vistas, already displaying an uncanny ability to shift pace and style in the blink of an eye. 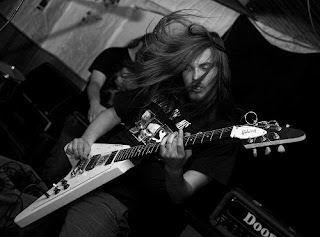 Yes, it is ‘sludgy’ as opener, Jellyfish will attest to after an uneasy intro of delay-saturated tritones.  Then the great filthy slabs of down-tuned power chord fury smack you in the face, interspersed with ear-piercing shards of feedback.  The attack is however up-beat and aggressive which left me wondering what route Drainland would take from these opening notes.
The answer came soon enough.  Without warning, the drums break out of the metalfest and straight into a hardcore blast beat.  Guitars follow suit, wielding dissonance as a weapon of choice.  No, Drainland are not just a sludge band.  They are an unholy amalgamation of doom, grind, powerviolence, crust and hardcore punk, and goddamn they do it right!
Second track, Larry Clark is a fine example.  Clocking in at only , this is Drainland’s most direct homage to their hardcore background.  A pummelling d-beat underpins the putrid, crusty guitar sound, reminiscent of the rabid attack of a much heavier Trap Them. 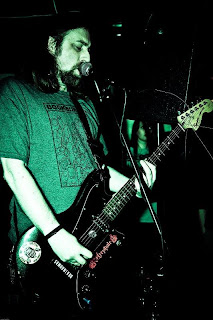 The rest of the album is a tour de force in defying genre standards and limits.  Vocal duties are split between Cory and Jamie, ranging from throat-shredding growls to clearer, desperate hollering.  Bluesy, stoner-esque bass lines and riffs worm their way into Drainland’s sound here and there, but these are relatively short-lived with speed and brutality being the favoured recipe here.
As Drainland’s first solo record (the band has already released a split with Grinding Halt, and splits with Trenches, Cradle Is Casket and Battle of Wolf 359 are on the way) this is very promising indeed.  Head here to give it a listen, and the vinyl can be ordered at the Drainland bigcartel, (which looks very nice by the way).  If you like your sludge with -core appended to it, you need this record.  For more insight into Drainland, the guys also did an interview with Hardcore Times.
hardcoresludge