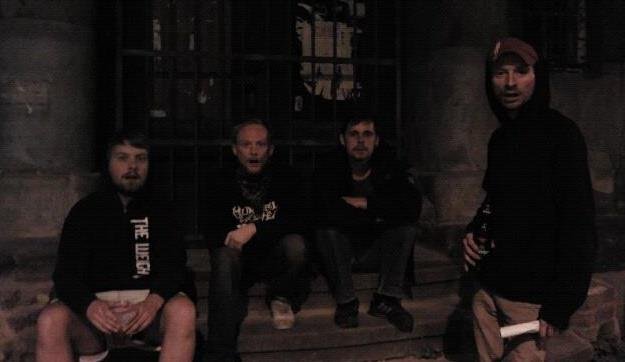 I’m out of the loop. Is this how hardcore is supposed to sound these days? If so, maybe I’ve been missing out. Punk formed a cornerstone of my musical upbringing, but in later years faded into the background as tastes cemented themselves. There is, however, the sneaking suspicion that CN Roundhouse Kick are a one-off – rarely are so many genres and styles so effectively rolled into one blazing expression of youthful energy!

This power quartet from Leipzig, Germany, latched onto their own sound very early on, but they are still deep in the process of refining their art. Phantomschmerz is the third release so far, following a self-titled demo 7” in 2009 and a three-way split with Gumilinski and Topograph! Zemlemer last year, all of which can be listened to in full on the band’s website. 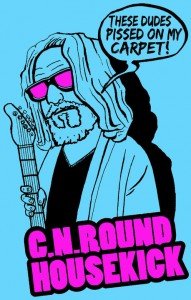 The leap between earlier material and the EP is vast. Having started off playing a charmingly sloppy interpretation of screamo, the range of influences that have been allowed to seep in since have created a whole new phase for CN Roundhouse Kick. The CN stands for Chuck Norris, in case you were wondering. Yeah… it’s not a great name, but within seconds of initiating Phantomschmerz it hardly seems to matter and goes hand in hand with the snotty, tongue-in-cheek attitude that should be a prerequisite for decent hardcore.

A few notable things become clear on hearing opener ‘The Birds Are Leaving The Town’, namely the driving force of the bass and drums. The interplay between these sections is consistently excellent, with the sludgy mire of the bass countered by vicious and heavy-handed drumming. Guitars, of which there only appears to be one, are wafer thin and almost lost within the tempest generated by the tight, punchy rhythm section. Almost. Hideously down-tuned, they manage to pull out some equally delicate and monolithic riffwork, darting between sun-drenched emotional hardcore and swampy, stoner-esque doom without warning.

It’s this juggling of styles that makes Phantomschmerz such a fun listen. As many outsider bands seem wont to do these days, CN Roundhouse Kick also wades into the difficult territory of black metal. It’s risky business but the band takes it in their stride, flirting with it throughout the EP but always returning to their post-hardcore roots as if it’s no big deal. Take ‘Dark Tales Of Bright Sunsets’ for instance, where powerviolence squares up with flaming tremolos and sweeping minor chords before melting down into an uplifting and atmospheric passage of guitar whimsy. 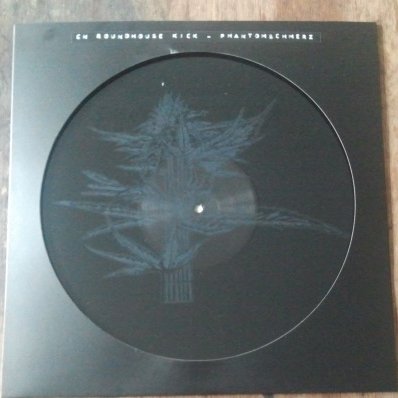 The title track and ‘I Joined Saturday Night Fever Without Dancing Skills’ betray the band’s origins in screamo most obviously, but they’re also highlights. Tension grows to critical levels beneath the brooding, fragile melodies, which are constantly hammered down to exhaustion by stuttering blast beats and overpowering bass. ‘Anomie’ and ‘Stoned Til Death’, on the other hand, play around with the moments of sludge found scattered across the record as the slowest and heaviest tracks, rife with bluesy winding riffs worthy of Kyuss and Orange Goblin.

Phantomschmerz is a sterling effort by another fledgling band, whose strength lies in the startling originality of their compositions. At times ideas flounder in the ether a little and could do with some more thought, but these are minor issues for CN Roundhouse Kick when they are clearly on the cusp of writing some truly affecting and majestic hardcore. If you ever wondered what Kvelertak might have sounded like without the Led Zeppelin riffs, you can’t go wrong here. But don’t take our word for it, stream it in full above or contact the band (cn-rhk@web.de) to get your 12”.