SIGH: the most challenging band to emerge in the history of black metal. Their music seamlessly leaps from traditional waltzes to circus music, using a range of scales from the Middle East to the Far West.

From a career that spans 22 years, Mirai Kawashima speaks about Sigh’s upcoming album [In Somniphobia], his relationship with saxophonist Mikannibal, and growing into ones 40s in the metal scene. Kawashima‘s music draws on the powers of personal nightmares: mixing in equal parts fire, knowledge, occultism, and death. 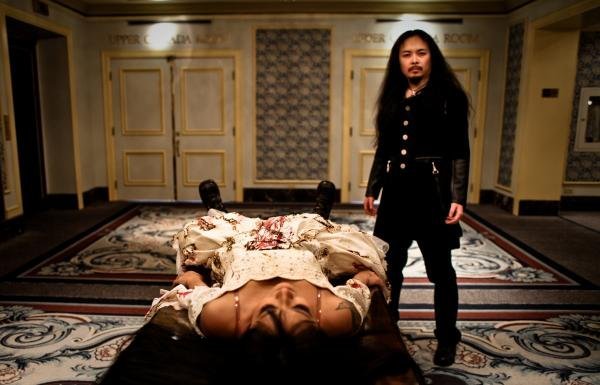 “I don’t know what they think about Sigh’s music, but obviously it is not for normal people.“

When I was a little kid, I was fascinated with occultism, UFO, ghosts, horror movies. The other day, one of my classmates at junior high claimed that I hit a teacher, but I have no recollection at all. I do remember hitting some classmates though.

I’ve never been suicidal. I don’t want to die.

There are some people whom I really want to die, but I would not kill them by my hand. I don’t want to spoil my life because of those people.

You’ve stated before that you often have nightmares. What kind of nightmares do you have?

I often have nightmares about a plane crash. Sometimes I watch a plane crash into somewhere near me, sometimes I am on the plane that crashes. I’ve been having these nightmares since I was a little kid, but I don’t know why. I don’t have a particular fear about crashing when I’m on the airplane. So I suspect I might have died in a plane crash during World War II although I do not believe in reincarnation at all.

Do you live off the money you make in Sigh?

No. We cannot live on extreme metal alone, and we’re always trying not to lose money. We have five members and if each member needs around $30,000 for living [not a good income for an expensive country like Japan], we need to make $150,000 a year.

Having a day job is the only way to be in an extreme metal band in Japan. If we could live on metal, that’d be awesome, but it’s a fantasy. If I’d have to live on music, I’d play something else.

What is your day job? How do your co-workers react to the music you play?

I work for a telecommunications company. Most of my co-workers know what I am doing. I never boast “Hey, I’m in a metal band,” but if they google me, they can easily find out.

I don’t know what they think about Sigh’s music, but obviously it is not for normal people.

“Ghastly Funeral Theatre” was the turning point where your ideas warped to “take in as varied music as possible, everything from jazz … to Mongolian throat singing.” What caused this shift?

The evolution of technology. When I formed Sigh, I wanted to combine extreme metal and classical orchestration, but back then, it wasn’t possible. Soon MIDI saturated, then the hard disk recorder came. Now you can do everything on your own PC.

From “Ghastly Funeral Theatre” I started using MIDI, and with MIDI, everything became possible. 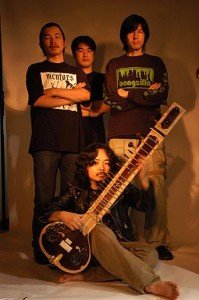 Where does the varied inspiration for each record come from?

I used to write music for TV shows/video games, so I’m a trained arranger. I can arrange brass sections, and I know how to write string quartets. I used to take Sitar and Tabla lessons, and I’m familiar with Indian traditional music theories.

It’s not like listening to a Sitar CD and going “Hey, does my synth have this sound?” I am familiar with all those styles. and choosing an instrument is completely spontaneous. I just pick one up which I think best describes the view in my head.

Could you imagine Sigh ever doing an easy-listening album, just to fuck with people?

No. People may think that anything goes in our albums, but at least it has to be metal. So there’ll be no easy-listening or ambient album under the name of Sigh.

We were looking for someone to model in the “Hangman’s Hymn” booklet. She came in and told me she sang for a death metal band and gave me a demo. I didn’t expect anything, but she was growling better than any Japanese singer I know of. I realized that she speaks English fluently and even plays the saxophone.

In Japan, you rarely find someone who understands English, and it is almost impossible to find a saxophone player who likes extreme metal. She fits both cases and moreover she looks good. Why not ask her to join?

What is she really a doctor of?

She’s got a PhD of physics. She works for a lab in Sendai, but of course I don’t understand what she’s doing at all. She always reads books like the ones a mad doctor is studying in a movie. 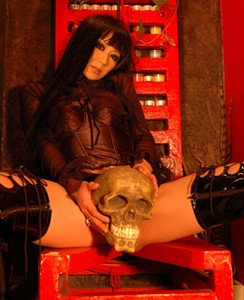 It seems that she is in the front of every photo shoot now and has become one of the leaders of the band. Why?

Definitely you prefer to look at a woman than a group of middle-aged men?

What is your relationship with Mikannibal? Are you a couple?

Yes, we are a couple. Our sex is really extreme, something far beyond your imagination.

There is a story about The End Records ripping you off. What happened, and why did your rights hit a dead end there?

A few months later, we received our royalty statement, and the flight expense was re-charged on it. They claimed they had “NO RECOLLECTION” to have received $10,000! We should have known better as they were notorious for rip-offs all over the world. Now they do not even send us royalty payments for our albums with them.

Definitely what they’re doing is a crime.

Do you still enjoy working with labels?

Yes, that’s the only way for us to spread our music internationally. In Japan, everything is so expensive. Pressing CDs costs a lot and the postage is high. As I’m really bad at business, I’d rather leave a label to advertise our music even if we would make more money doing it ourselves.

Has there been a high point to your career as a metal musician?

The moment our first album came out. It was a big pleasure to have our own CD in-hand after having been a huge metal fan for years. We went to the all the CD stores in Tokyo just see our CD on sale. Unfortunately this kind of flavor is completely gone. I don’t feel anything at all by seeing our albums sold at stores.

Other high points have been appearances at big metal festivals in Europe / US. It’s always a pleasure to play for a big crowd. This flavor will survive forever.

After 22 years in the scene, you would be considered one of the “grandfathers” of black metal. Has much changed in since the early days?

The biggest change is the Internet.

In the 80s, it wasn’t easy to get information on extreme metal, so we looked at the thanks list on albums, checked the shirts our favorite band members were wearing. You couldn’t hear songs in advance, so buying an album was a gamble. If you did not like it, you had to keep spinning it until you got money for the next one. Thus, so many albums grew on me. If I didn’t like it on the first listen, after ten spins, I fell in love with it.

Were times better then or now?

I wouldn’t say we lived better days then. Things are just different. It’s great that you can listen to any music for free now. But some kind of fantasy was lost. In the 80s, even if you hear a rumour that “A band called Death from the US is playing something extremely brutal,” there was no way to hear their songs in Japan. It was a special kind of fantasy.

How does it feel to be in your 40s and still playing metal? Do you think you will play metal until you die?

In their 30s, people tend to ask themselves “Am I still playing metal at this age?” When you’re over 40, you start to feel nostalgic about your youth. A lot of old thrash bands are reforming after 20 years. A lot of friends start playing guitar again when they’re over 40. We start getting reluctant to explore new music and prefer something very familiar.

Seriously “In Somniphobia” could be our last album. I put everything I had into this album, and now I feel completely empty.

What is your favorite Sigh record and why?

Of course, “In Somniphobia“. I always love the latest one best. I don’t get sick of the old albums, but it’s proof that we’re musically progressing. I love all of Sigh’s works. Even the first one.

How would you describe the sound of the new record?

It’s a pure sonic nightmare. It’s heavy, scary, disturbing and exotic. We strictly recommend you smoke then listen to the album with headphones.

SIGH‘s ninth studio album, “In Somniphobia,” is due on March 12th and is a must-hear masterpiece. 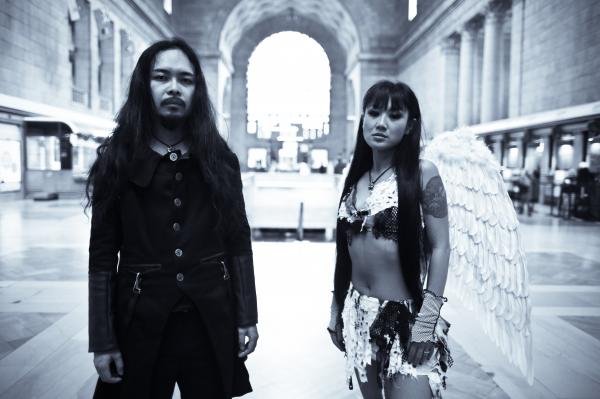 Non-profit, dedicated to the preservation of extreme metal culture.