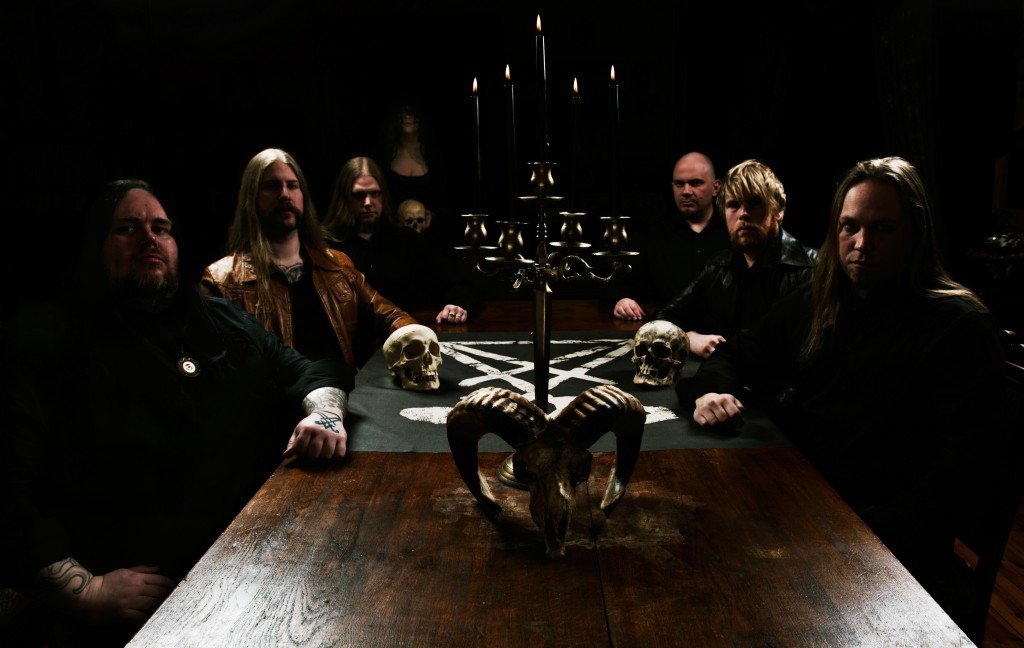 Genuinely occult metal is a rare gem, a black diamond among the generic, self-conscious modernity of much of the so-called extreme metal scene. When second-wave black metal started declaring its allegiance to Satan, it was a powerful statement purely because no one knew whether they were serious or not. As the passage of time has destroyed any sense of ambiguity around the matter, we’re left with a scene that preaches more than it practices and in line with the depressing trend we see everywhere else in our Dawkins-lauding, post-spiritual world, the symbolism of centuries’ worth of religious and philosophical thought is debased in order to shift units of generic and flaccid records.

Not so with Year of the Goat. Over the last few years, the rise of European occultism has led to something genuinely exciting as members of the likes of Dragon Rouge and TFC use their associations within heavy metal to amplify their beliefs unashamedly, rather than allow the charlatans the run of things. 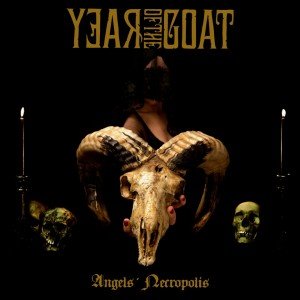 Having released an incredibly promising demo earlier in the year, the anticipation among the underground has been bubbling away as the question of whether this was a band that could live up to initial hype, or fall at the first hurdle like so many others, undoubtedly crossed everyone’s mind.

The fortunate news is that Angels’ Necropolis has landed in the dying days of 2012 and presented a serious contender for album of the year. Opening strongly with ‘For the King’, a traditional and accessible headbanger, it isn’t until the eponymous second track kicks in that the album really hits its stride. At ten-and-a-half minutes long, this is a progressive and infectious number that sews its many intertwining ideas together into one enormous chorus. The hook is fantastic and the piece feels half its actual length.

Each successive song provides both a uniquely brilliant set of riffs, choruses and melodies, and an overarching sensibility that elevates the entire work far beyond the template. This culminates with closer ‘Thin Lines of Broken Hopes’, another ten-minute epic that again sees a series of independently strong ideas woven into a masterful tapestry.

As a progressive rock album, Angels’ Necropolis demonstrates exceptional songwriting, an awareness of context and the importance of subtlety. As “occult rock”, this is art that possesses a magickal essence which permeates every second of the music and creates an aura around the work that will stand the test of time.

The time is now for an end to the cynical exploitation of the occult by the apparent legion of frauds. Year of the Goat and their peers are laying the foundation for an extremely exciting movement and, as a shot across the bows, this is as powerful an opening gambit as there has ever been. Doubters will be silenced when Angels’ Necropolis is released on December 7 through Ván Records, as the wait has proven to be well worth it.